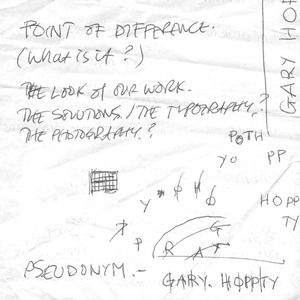 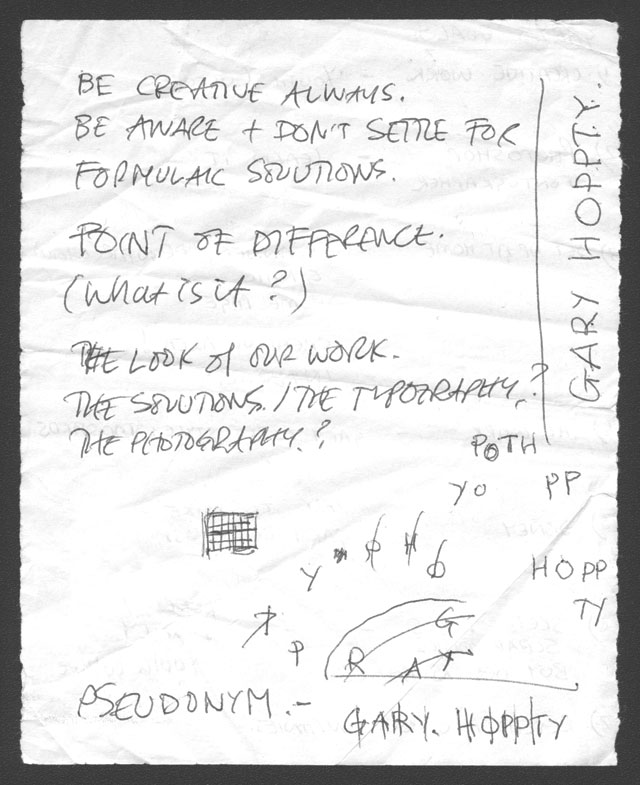 When I started to raise money to run in marathons, I created Gary Hoppty to help

Asking friends and family to sponsor you to run a marathon, isn’t too difficult… the first time. The second is harder and if like me you become addicted to running 26.2 miles for good causes it becomes virtually impossible.

However I discovered a new way. Many of my friends needed good design but couldn’t afford Agency fees. I created a pseudonym – Gary Hoppty (anagram of typography) – a brilliant young designer, who works pro-bono as long as he has total creative freedom! I agree a fee with Hoppty’s clients before work begins, which is less than the project would normally cost, which raises money for sponsorship. I’ve run nine marathons since my first in 1999 and Hoppty’s helped me to raise thousands of pounds.