The Latest on Cecil the Lion 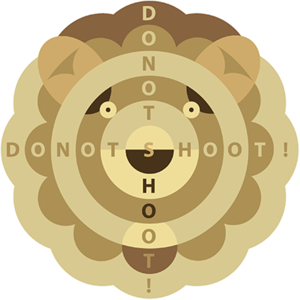 The Latest on Cecil the Lion

Back in the summer of 2015, the killing of Cecil the Lion made headlines across the globe. As an idea to raise funds for WildCRU I designed my ‘animal targets’. WildCRU were inundated with donations thanks to a mention of their organisation on an American TV chat show. However they thought my idea was an interesting one and use them as illustrations in academic presentations and reports in response to Cecil’s illegal death.

Now lawyers for the professional hunter, Theo Bronkhorst, argue circumstances surrounding death of the famous 13-year-old big cat do not constitute a chargeable offence and should be thrown out of court!

Read article in The Guardian

The ‘Cecil effect’ is now a term used by some to express the belief that after the killing of Cecil, there was a reduction in the number of hunters coming to Zimbabwe and a subsequent increase in lion populations in certain areas.