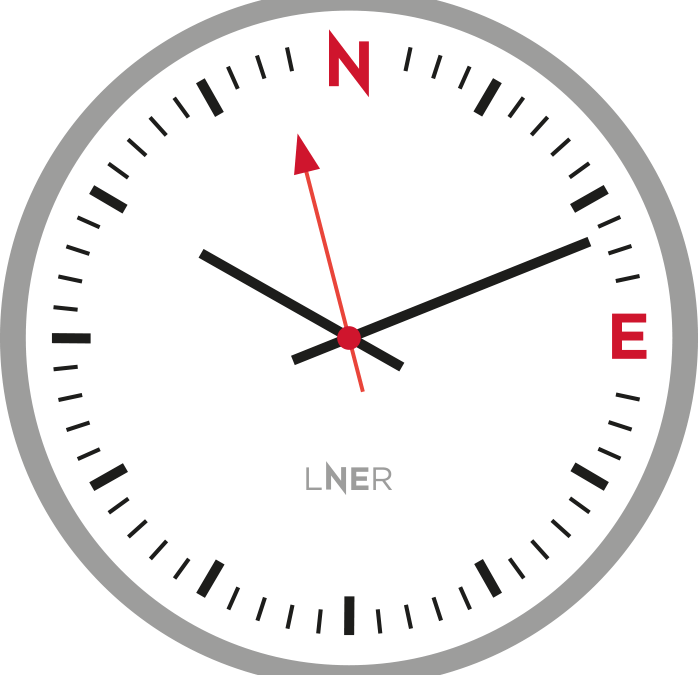 The week before Easter, I received a call from the Director of a mobilisation team, representing the Department for Transport (DfT). There was a possibility the government may need to step-in to run the failing Virgin Trains East Coast (VTEC) franchise. They had been working on the logistics since the previous October, but they had no branding to bring their plan to life.

Following the logic behind the launch of the Great Western Railways (GWR) brand, operated by First Group, the decision had been made to bring back LNER, originally The London and North Eastern Railway.

There would be an announcement in Parliament mid May.

There were two options – VTEC would continue to run the East Coast Line on a not-for-profit basis until the end of the franchise term, or it would change to LNER. The latter would mean we would have just over a month to rebrand VTEC to LNER before the proposed launch of June 24th.

Initial design concepts were presented and were well received. Decision-makers didn’t procrastinate; we didn’t have the luxury of time to think and let things grow on us; we went on gut instinct, and for such a big project the identity was approved in an incredibly short timeframe.

Without knowing if the project would become live, we had to believe it would. If we were to meet the deadline of all deadlines, we would have to hit the ground running. Ahead of the announcement we had to create designs for everything from stationery to livery. We created guidelines, a brand awareness campaign and artwork for print.

If VTEC retained the running of the franchise, all our work would be ‘put in a big box’ and probably never seen again.

On May 16th, following Prime Minister’s Questions the announcement was made.

Up until now I’d been working in isolation, sworn to secrecy, communication was never by email but by a password-protected server. Friends knew I was in London a lot, working on a top-secret project and that was all. Now it really was full steam ahead! I contacted media buyers, artworkers, copywriters and project managers and set up a studio in a corner of the mobilisation office. I travelled to York to meet the VTEC in-house design team. They really embraced the challenge of launching the new brand and in just over a month artworked and produced over 1000 new branded items.

Time flew faster than the new Azuma, Intercity Express trains. I lived and breathed LNER every waking hour. Every day I  travelled to London from my home in the Cotswolds – the train became my office, always sitting in a corner away from prying eyes. Every hour counted, there was so much to get through – an ad campaign, radio commercials, posters, literature – the brand guidelines were updated daily!

The DfT wanted the launch to be a thorough rebrand from Day One, not a sticking-plaster exercise. A huge amount of collateral was produced to create a seamless transition from VTEC to LNER.

On June 25th first LNER liveried train pulled into King’s Cross – all the headrests in First Class were embroidered with the new branding; new menus appeared on tables; LNER Route maps and posters adorned the end of every carriage; digital ads appeared across London and buses in London, Leeds and Edinburgh announced the arrival of LNER.

Day One had arrived and in 3 months we’d rebranded and helped launch a new train operating company.