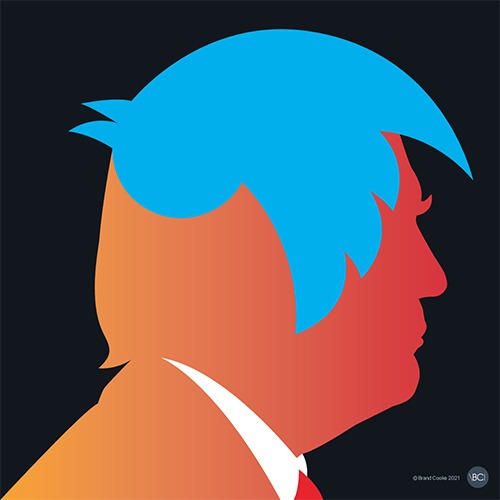 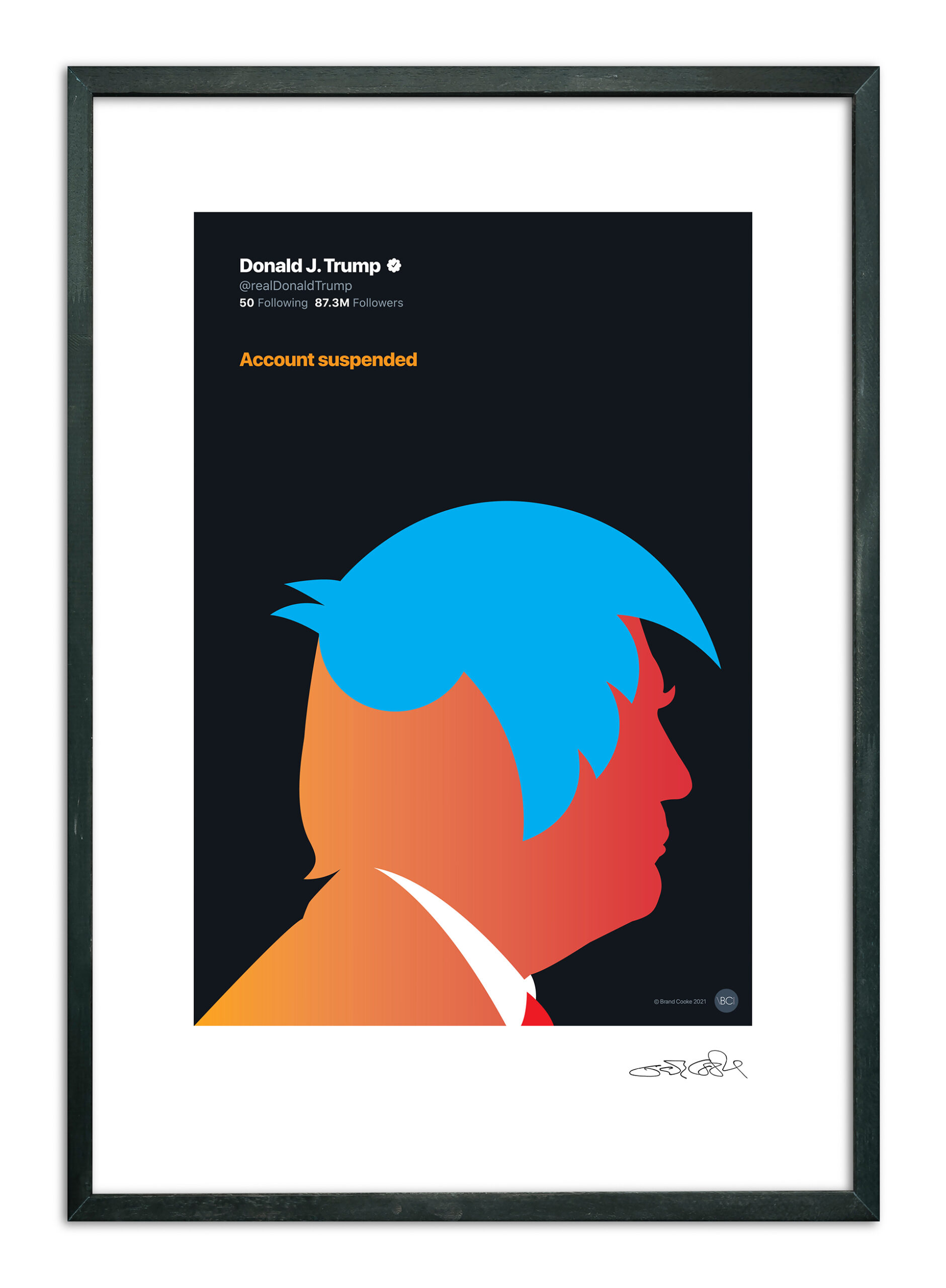 When I woke on Saturday 9 January, to hear US President Donald Trump had been permanently suspended from Twitter “due to the risk of further incitement of violence”, I knew it would have to be a subject for one of my daily graphic posts on Instagram. The first thing I did was to take the Twitter logo and flip it on its back. I was thinking ‘dead bird’. Trump’s profile flashed into my head with his hallmark quiff and the two elements merged into a perfect profile and idea..

I imagined Trump fuming and his orange tan turning puce on hearing the news! I drew it quickly* and posted it. When you have a good idea, it’s nice to get credit, and on Linkedin it became the nearest thing I’ve ever designed to go ‘viral’. The last time I looked, it had received over 10,000 views with over 250 likes.

I pondered the idea of creating a limited edition poster/print, but wasn’t sure how many people would want an image of Trump on their walls, but orders have started to roll in.  Anyone interested please email me: gary@brandcooke.com

• The poster version above has been tweaked from the original. The shirt collar and tie stop Trump from appearing naked!